Tax ID numbers like VAT numbers can be added to your invoices automatically. You’ll no longer need to contact Trint support to generate a complete invoice.

Then fill in the field Tax ID. That number will be added to any invoice going forward. 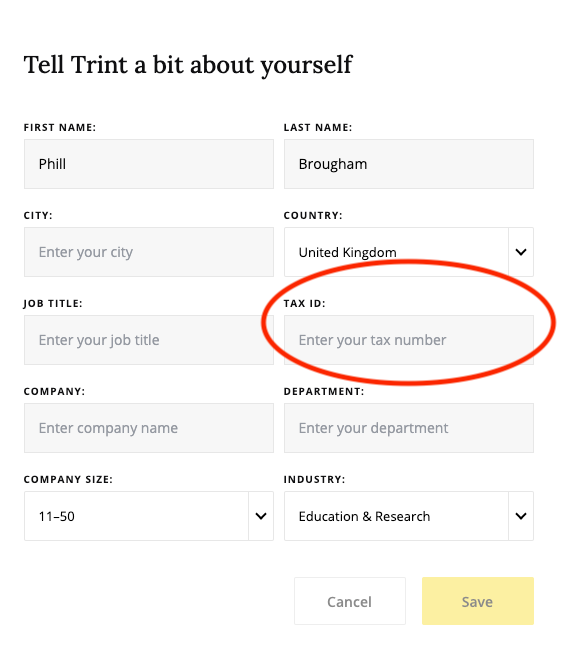 Invoices are automatically added in your Trint account at each billing cycle, so you can always find them when you need them.

To find these, go to Your Account in Trint and head to Invoices to find all previous invoices.

Here is the list of the translation languages we just added, broken down by geography:

Just go into your Trint, and hit "Translate" in the menu :

Then choose your language: 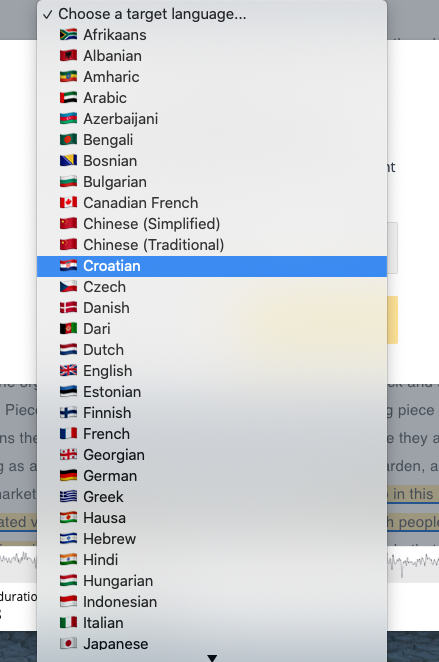 The translated version sit tabulated across the top of the Trint:

We'd love your feedback , you'll help us make this product even better!

Please note, Translation is available for Enterprise accounts only, and is temporarily available for Pro Team, Pro and Advanced users.

Arabic transcription is released and now in beta. There are still improvements to come but you can now upload and transcribe audio or video files in Arabic. 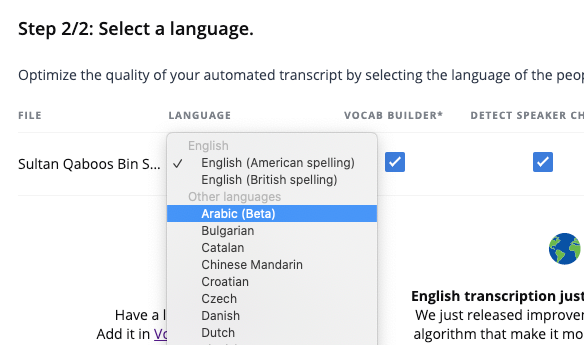 Once transcribed, you'll have all the full suite of Trint tools available, including Highlights, Verify, Comments and Markers:

We're looking to make this better - please get in touch with feedback at product@trint.com, it will really help!

You can now auto-pause playback when typing

After a lot of feedback from users we released a way to automatically pause audio playback when you start typing in a Trint. This will make editing and polishing simpler, and you won't lose your place.

Just go to Settings - either from the Editor or from your account settings in the My Trints page - and update your preferences to switch on or off. 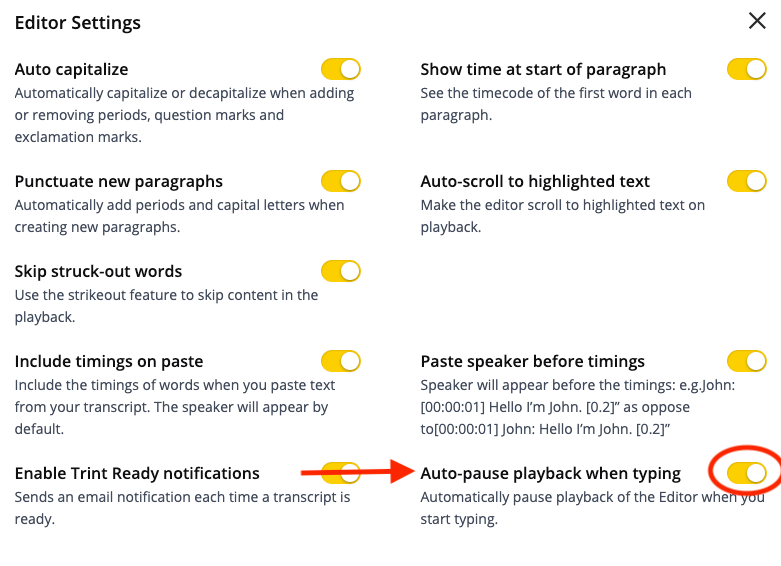 As always, drop us a note with any feedback.

Good news - we launched new transcription languages today so you can now capture:

For those of you transcribing in Dutch 🇳🇱or Danish 🇩🇰 we also release improvements in accuracy and the quality of punctuation, including capitalization, so you should see better performance.

Please let us know how you find the the performance in these languages - we'd love your feedback.

We recently released an update on Trint pages that allow you to sort your Trints and folders.

Simply click on one of the column headers to organize by that value. Below, we're sorting by name:

All of the column headers can be sorted in ascending or descending order: Name, Status, Upload member and Date, Last Edit and Duration, so you lay out your work, and find what you need, however makes sense for you.

You can now sort on any Trint page, including Your Trints, Recent Trints, Shared with You and for our Pro Team and Enterprise customers, Workspaces. Please note, folders will always appear at the top.

We hope this helps! Let us know if you have feedback or comments.

More visibility (and collaboration) in Verify

We know how important transcript accuracy is, so we're releasing some significant upgrades to the Verified ✅box to give you and your collaborators more information.

We're introducing a new state: Edited. This is when paragraphs have been edited, but have never been marked as Verified. Here's a rundown of the four states: 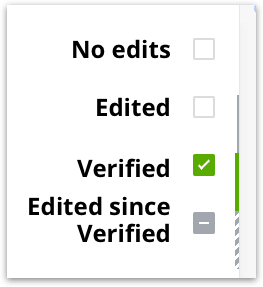 You can now clearly see the status of your work and immediately find which parts still need attention.

There's also big changes for collaborators with a Pro Team, Team or Enterprise account: you can now see who made the last edit.

And remember, you can mark a paragraph as correct using the keyboard shortcut control-alt-v.

We'll roll these changes out over the next couple of hours, so keep an eye out and tell us your thoughts.

Transcribe in 14 more languages on Trint

Announcing transcription in 14 new languages. Now you can find the moments that matter on every continent.

People are saying interesting things all over the world. Capture them with Trint.

We just released improvements to our English algorithm to increase transcription accuracy. Going forward there’s no need to select the accent of the speaker when uploading files to Trint.

Additionally, you’ll have the option of selecting either American 🇺🇸 or British 🇬🇧 spellings in the language drop down menu when uploading files. While the choice of accents is removed, we understand that selecting a spelling convention is a more meaningful time-saver. 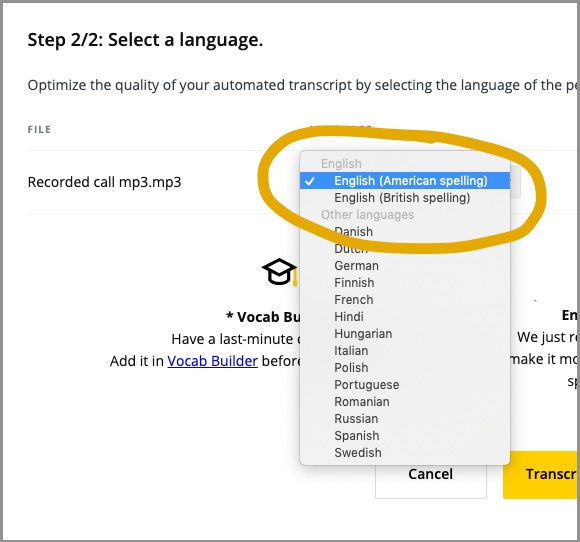 We've automatically moved you over to the new options, so there's no need to do anything.

Work together on Trint with multi-user editing

Find and share the moments that matter with multi-user editing, now available for Enterprise accounts. 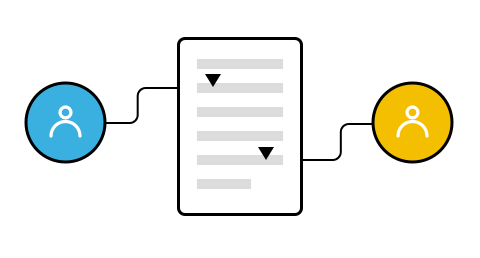 Unlock more value with collaborative editing on the world's most powerful platform for the spoken word:

Want to see how it all works? Learn more

Ready to start an Enterprise account? Drop us a message via chat.